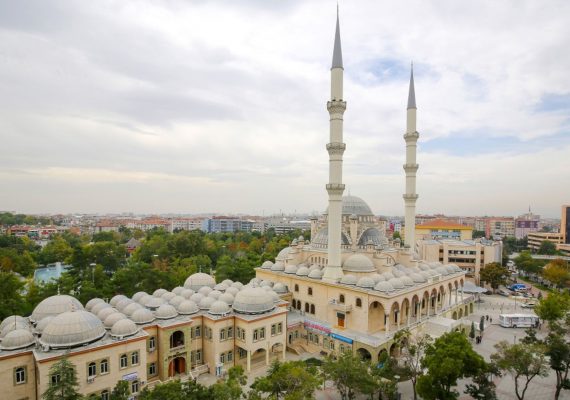 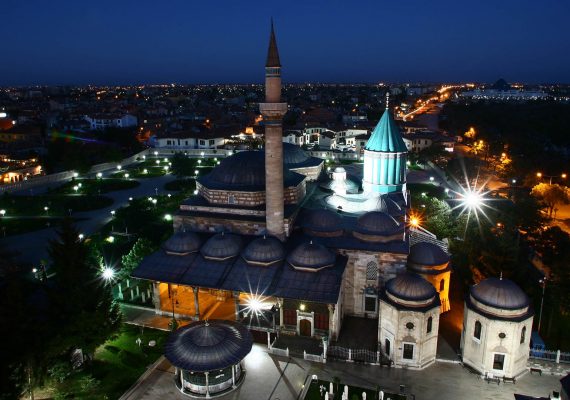 Konya is a city in Central Anatolia in Turkey, known as the city of whirling dervishes and for its outstanding Seljuk architecture.

Konya was once the capital of Sultanate of Rum, known in Turkish as Anadolu Selçukluları, a situation which resulted in much of the architectural heritage visible today. The Persian poet and Sufi thinker “Mevlana” or Rumi also settled in the city during this period.

Despite rapid growth in recent years, and the arrival of many students from out of town in the Selçuk University (Selçuk Üniversitesi), founded in 1975, Konya still retains the air of an Anatolian provincial town. Even though the influx of tourists from the west has increased considerably visitors are still left in peace, and do not have to suffer the hassles they get in Istanbul. On the downside perhaps is the fact that fewer people speak English (or any other foreign language), but the natural hospitality of the people of Konya usually makes up for that. Be careful with taxi drivers, who sometimes have no scruples about ripping off visitors to their city.

Konya is also one of the most conservative cities in Turkey with more women covering their heads with headscarves (though visitors will notice that the number of women covering is perhaps slightly above 50%). Dress modestly if you want to fit in with the local population, although not many people will bat an eye lid if you choose not to.

The city lies on a totally flat ground, with the sole exception of a small hill called Alaattin Tepesi in the very centre of the city—which is actually a man-made hill, erected during the Seljuk period so noble residents could easily watch the city below from their palace. Almost nothing remained of the palace and the hill now serves as the central park, which is a quite pleasant and shady one.