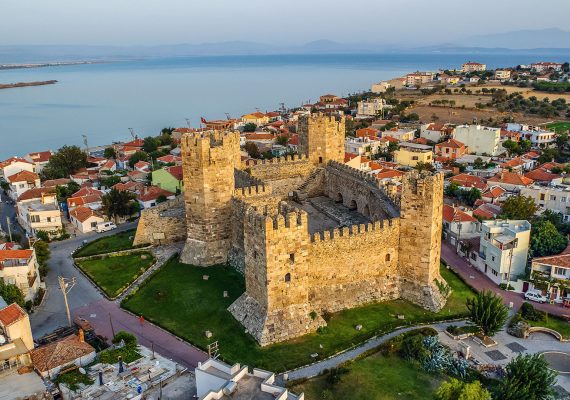 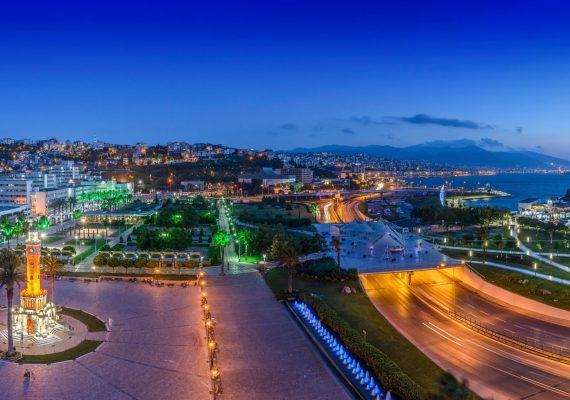 Izmir is the third largest city in Turkey with a population of around 4 million, the second biggest port after Istanbul, and a very good transport hub. The fact that almost half of its population of 4 million are under the age of 30, makes İzmir a city full of life. The city hosts tens of thousands of university students, educates scientists, artists, business leaders and academics. It is a rapidly growing city on the Central Aegean coast of Turkey.

Once the ancient city of Smyrna, İzmir is now a modern, developed, and busy commercial center, set around a huge bay and surrounded by mountains. The broad boulevards, glass-fronted buildings and modern shopping centers are dotted with traditional red-tiled roofs, the 18th century market, and old mosques and churches, although the city has an atmosphere more of Mediterranean Europe than traditional Turkey.

İzmir owes its position as an economically and socially dynamic city to its location, climate and the fact that it has been a home to many different cultures and religions. Persians, Ancient Greeks, Assyrians, Romans, Byzantines and Ottomans are just a few of the dozens of different civilizations that the city has hosted throughout its long history.

The history of Izmir stretches back to around 3000 BC when the Trojans founded the city Yeşilova Mound in Bornova then continued at Smyrna-Tepekule Ruins and then Kadifekalein the northern suburb of Bayrakli. This was the birthplace of Homer, who was thought to have lived here around the 8th century BC. The Aeolians, the first Greek settlers, were eventually taken over by their Greek rivals the Ionians. The Ionians were followed by the Lydians who destroyed the city around 600BC before a brief recovery following Alexander the Great’s arrival in 334 BC.

After his death, Alexander’s generals followed his wishes and re-established Smyrna on Mount Pagos in Kadifekale, and the city then prospered under the Romans. It was destroyed by an earthquake in 178 AD but later reconstructed and became a major commercial port during the Byzantine Empire. After the Byzantines, the city had a turbulent time under the Arabs, Seljuks, Crusaders and Mongols, until Mehmet I incorporated it into the Ottoman Empire in 1415. Under Suleyman the Magnificent, Smyrna became a thriving and sophisticated city and a huge trading center, despite its frequent earthquakes. It was a cosmopolitan city , with a Greek Orthodox majority along with Armenians, Jews and Muslims. Numerous languages could be heard in the streets, spoken by locals and visiting traders.

Following World War I and the defeat of the Ottoman Empire, and on the basis of the majority Greek population in the area, Greece was granted a mandate over Izmir from the Allies. Athens took control over the whole of the Aegean region.

Rising tensions led the outbreak of war as the Greeks purshed further into the heart of Anatolia in an attempt to unite the Greek communities of Asia Minor. Led by Kemal Ataturk the Turkish army launched a counter-attack and seized the city. Soon thereafter 70% of the city burned to the ground by the Turkish forces. The ‘Great Fire’ ended multinational authority of the city and the Greek and Armenian populations were expelled.

Ataturk formally took Izmir on 9 September 1922, which is celebrated as the day of the city’s liberation.