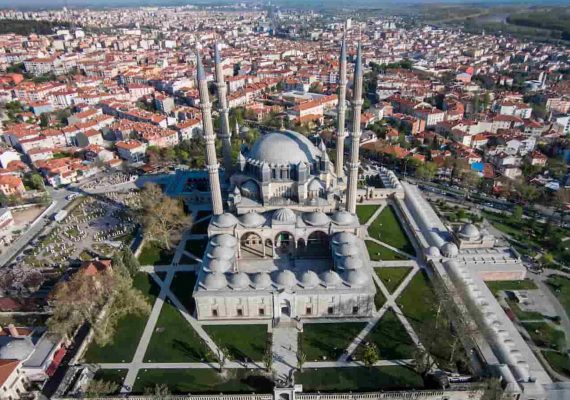 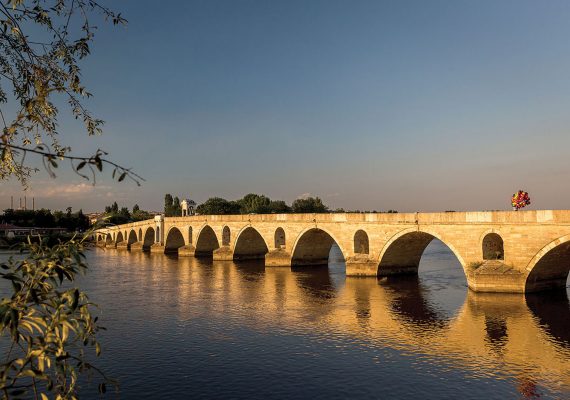 Edirne (pronounced eh-deer-neh) is a city in Eastern Thrace, in northwest Turkey. It lies on the gently rolling Thracian plains (much of the city is fairly flat, though) and just east of confluence of Maritsa, Tundzha, and Arda Rivers, known in Turkish as Meriç, Tunca, and Arda, respectively.

This city can be your first or last destination in Turkey, depending on the direction of your itinerary, since it’s located at the junction of the borders of three countries: Turkey, Greece, and Bulgaria. Visiting this city is also feasible as a long day trip from Istanbul.

This city is very old at the same time it has comprehensive cultural wealth.

With the completion of the motorway from Kapıkule, the main border post for road travel from Europe into Turkey, Edirne lost much of its trade evolving around travelers heading east and members of the Turkish diaspora in Europe heading home for their annual visits. Today most of tourism in the city involves day trippers, Turkish and foreign, from Istanbul and the Balkan countries looking for cheap goods in the market.

The imperial past is what makes Edirne interesting, from huge Ottoman imperial complexes to neo-classical architecture of downtown shops, although at first all you’ll see will be concrete apartment blocks when entering the city (and Selimiye Mosque right in front of you).

The area around Edirne, thanks to its strategic position on the major routes to Istanbul, Bosphorus, and onward to Asia, had been repeatedly fought for in the past. It has been the site of no fewer than 16 major battles and sieges since the days of Ancient Greece.

Edirne’s former name is Adrianople (Hadrianoupolis), i.e. “City of Hadrianus”, named after the Roman emperor who founded the city on the site of Thracian village of Uskudama.

In the 14th century, the Ottomans captured the city and made it their capital, this lasted until the Fall of Constantinople. Even after the dynasty moved to Constantinople in the mid 15th century, Edirne was one of, if not the most, important centers of the European part of the Ottoman Empire. Edirne functioned as a semi-capital of the empire, with some sultans even favoring the city over Istanbul and whispering about returning the throne back to the city. Between 1700 and 1750, Edirne was the fourth most populated city in Europe, with an estimated population of about 350,000.

Dramatic changes started in the early 19th century and the city suffered heavy depopulation due to the Russo-Turkish wars of 1829. Another war with Russia in 1878, when Russians occupied lands extending to the western suburbs of Istanbul, along with the Balkan Wars of late 19th/early 20th century caused further depopulation. Lands which were part of the city during the Ottoman Era, along with Western and Northern suburbs were lost to the redrawing of borders in the 1910s and 20s. During WWII when Nazi armies were only miles away from the city, on the opposite banks of the rivers, the population was moved to interior Turkey. Some of those who could not flee died of starvation during this period. This depopulation slowly but constantly continued until recently, with a recent census showing only 140,000 people. Although it is quite a lively city when compared to other Turkish cities of this size, only a fraction of its former glory remains